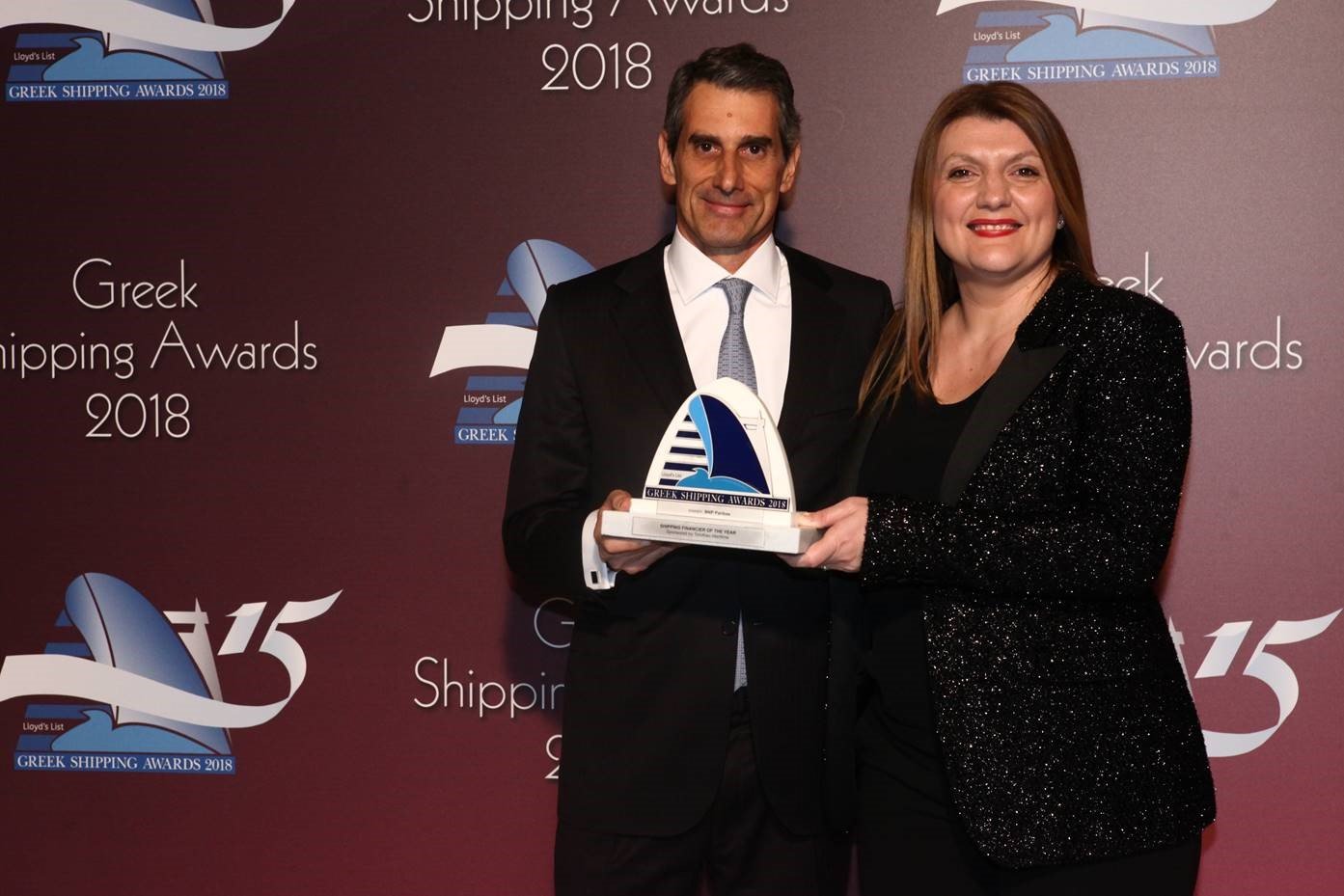 The Greek Shipping Awards are presented at a prestigious event held in Athens every year, and recognizes the global shipping industry’s prominent shipowners and executives. The annual event is organized by Lloyd’s List, the international maritime newspaper established in 1734, and Tototheo was one of the ceremony’s sponsors.

Over 1,100 Greek and international shipping personalities gathered at the Athenaeum InterContinental Hotel for the 2018 event. Despina Panayiotou-Theodosiou, Tototheo’s joint CEO, even presented one of the awards at the ceremony—the Shipping Financier of the Year Award. It went to Yiannis Karamanolis of BNP Paribas.

BNP Paribas is one of very few banks that has continued lending to Greek shipowners during the recent economic downturn. According to the judging panel, the bank has demonstrated a long-term attitude of support toward its shipping clients. BNP Paribas is now one of the three largest lenders to the industry, with a portfolio of about $3 billion.

Theodosiou has herself received a number of professional accolades, both in Cyprus and globally. Last year she was named one of the “Ten Women to Watch” by Youngship International, and received the Woman of the Decade in Innovation and Leadership Award at the annual Women Economic Forum (WEF) in New Delhi. Theodosiou was also recognized by Lloyd’s List in the Top 100 in 2018 and 2017.

The Greek Awards gala was a glittering event, which saw accolades go to numerous prominent shipowners—and one mathematician! The awards recognize achievements and praiseworthy activities in the Greek shipping industry, and winners are chosen by an independent panel of judges.

Amid all the glitz and elegance, the people who work so hard, often far away from home—the industry’s seafarers—were not forgotten. A donation from Lloyd’s List on behalf of the event organizers was presented to Argo, a charity that supports children with special needs in the families of Greek seafarers